Final Meals is a community-based performance/video installation. Each final meal as published by the Texas Department of Criminal Justice since 1982 is prepared, consumed, and filmed. Lucky Pierre and volunteers from the community cook recreations of the final meals requested by Texas death row inmate​. 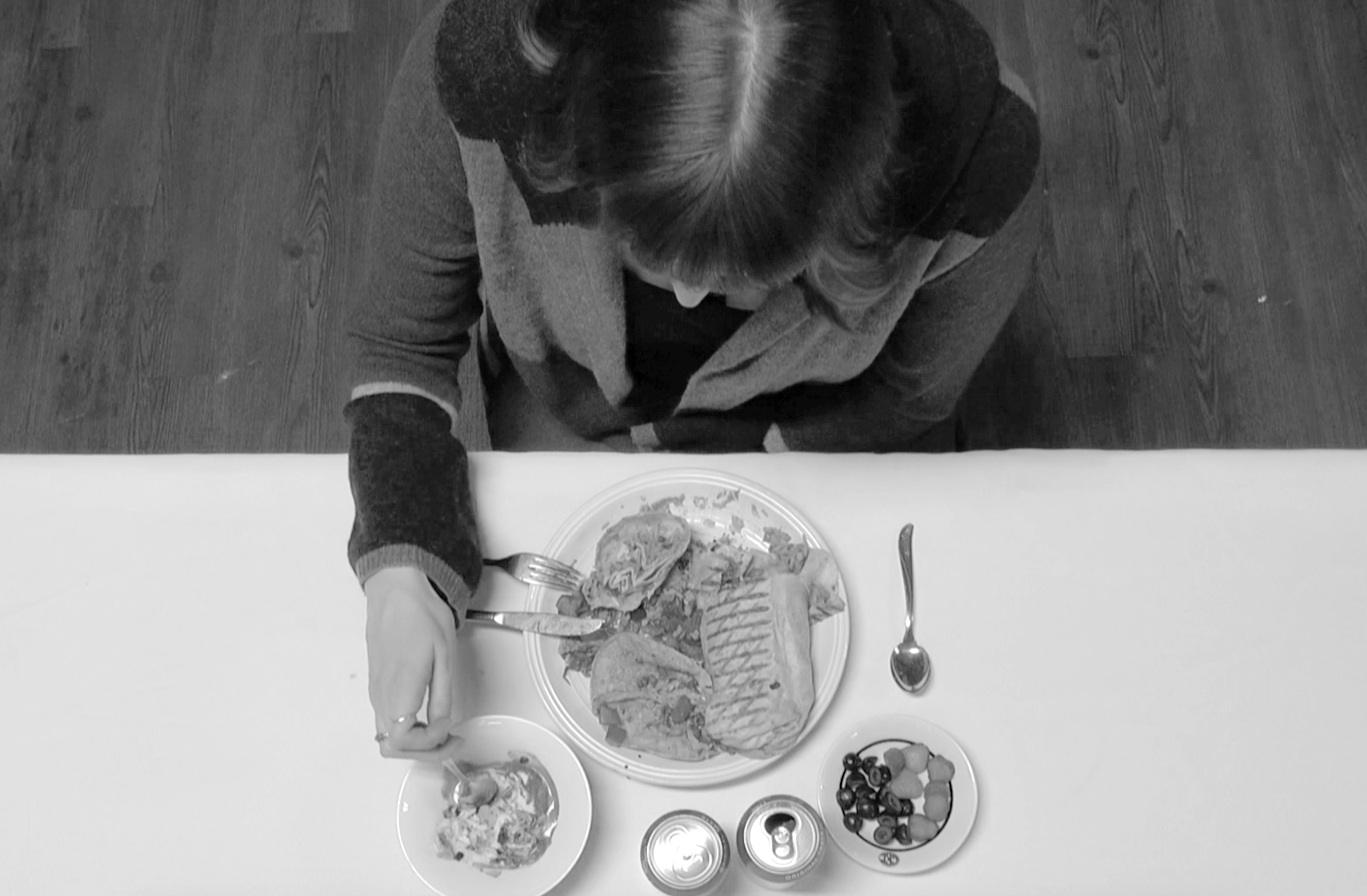 The Sky Is Falling,
The Money's All Gone 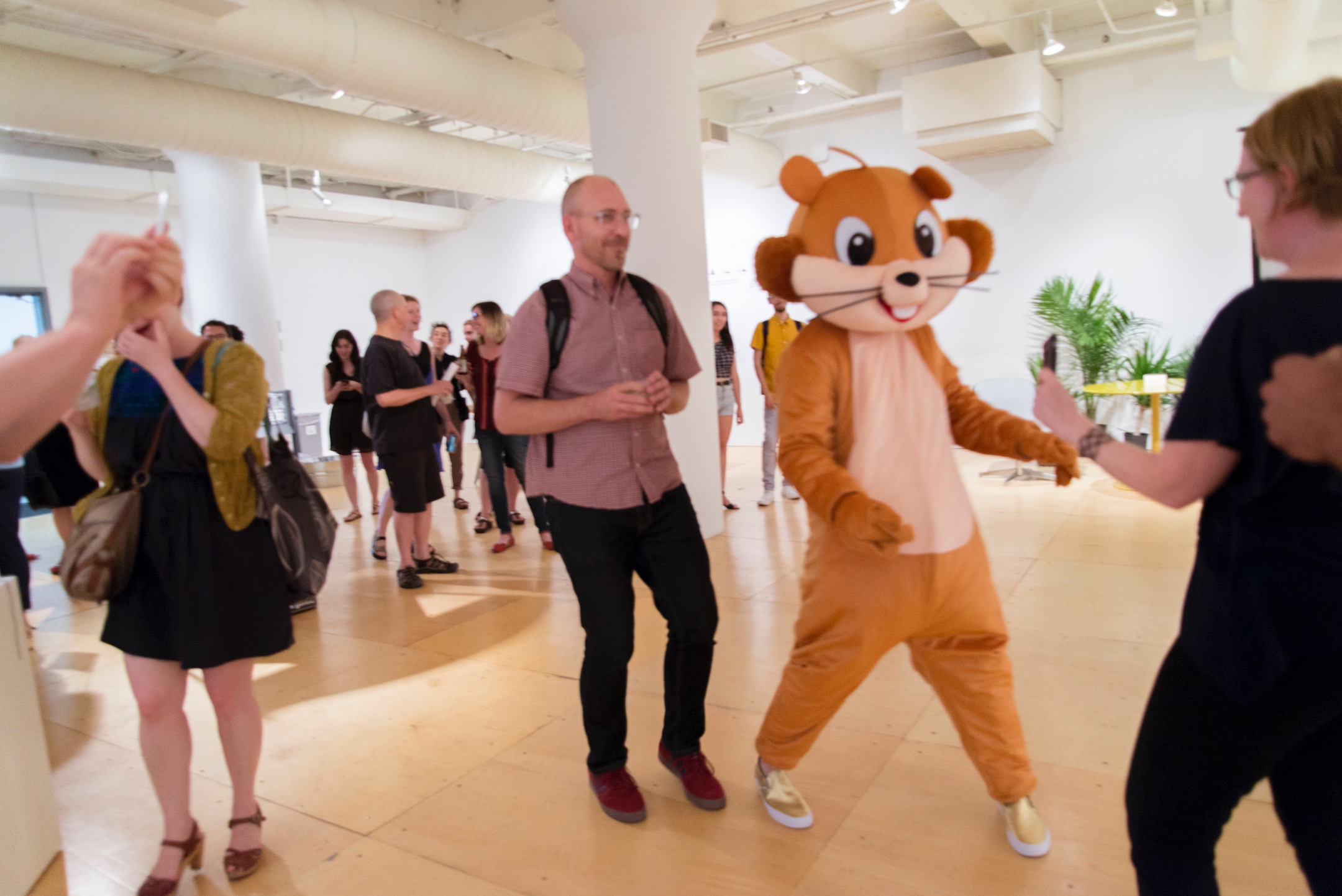 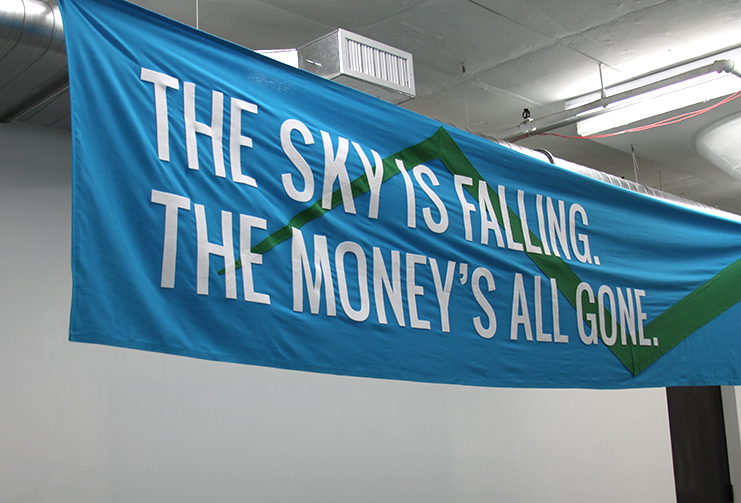 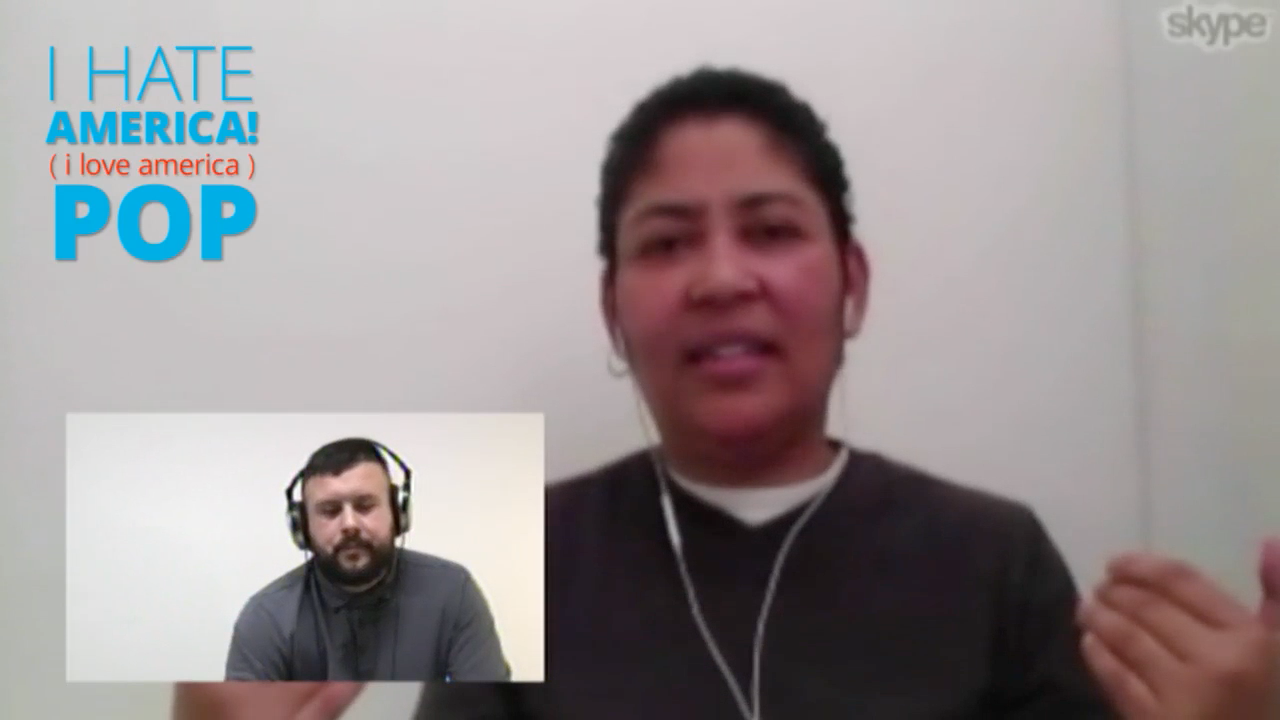 I Hate America! (I Love America!) 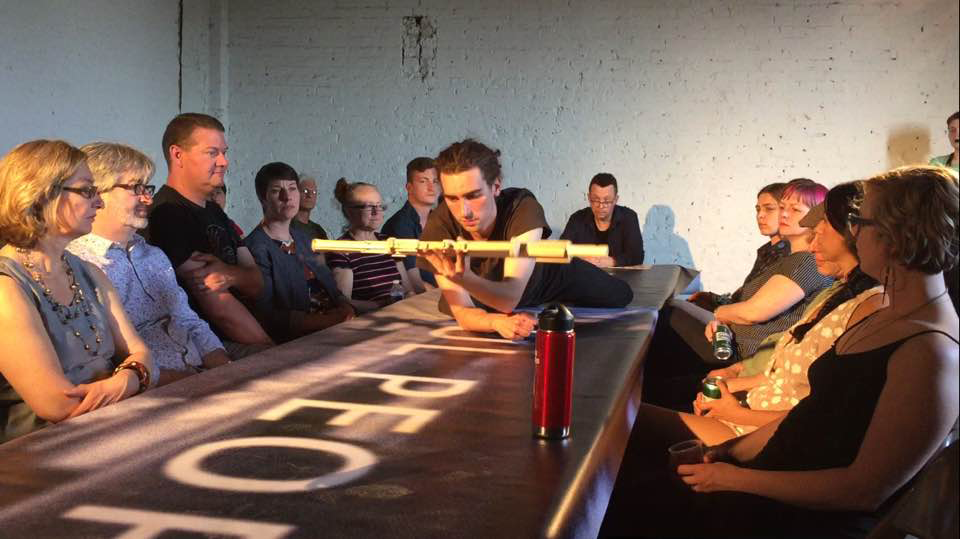 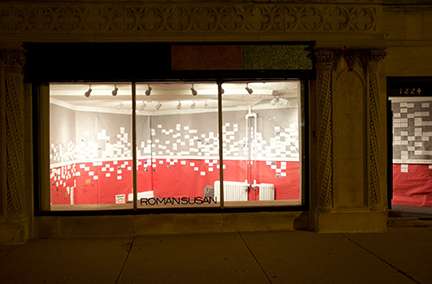 The Old Is Dying and the New Cannot Be Born

A Thing of Great Power and Size Has Gone Missing 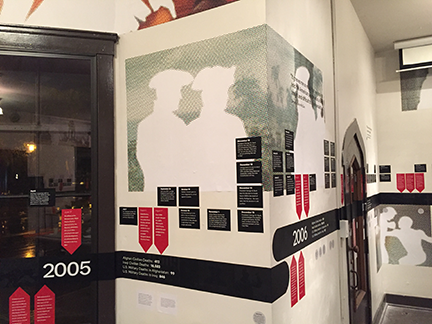 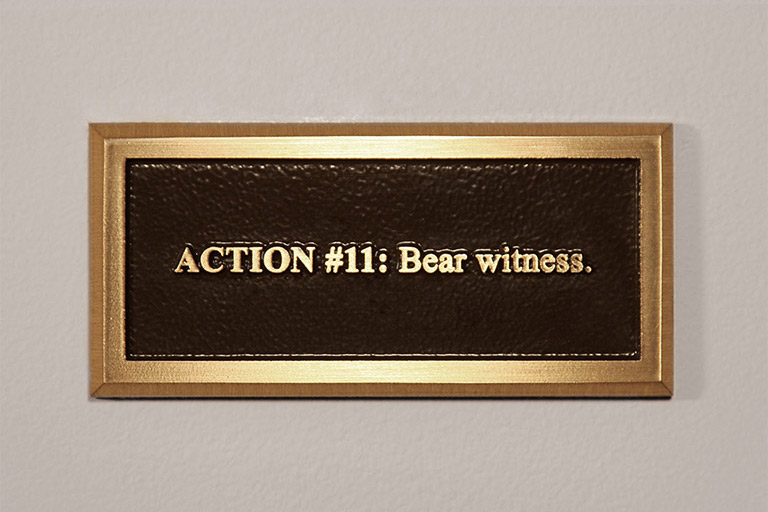 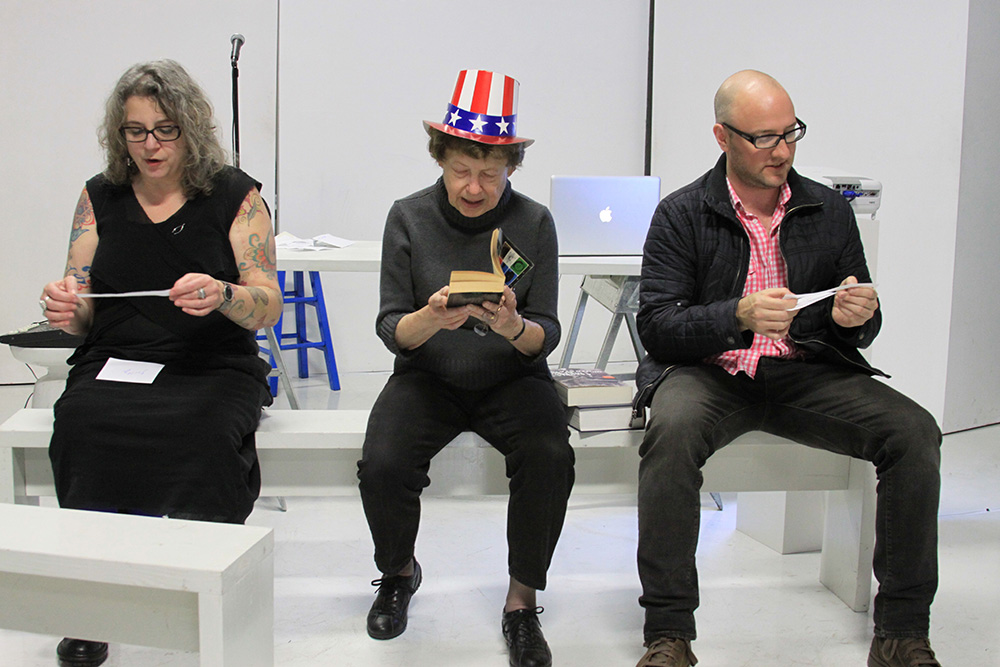 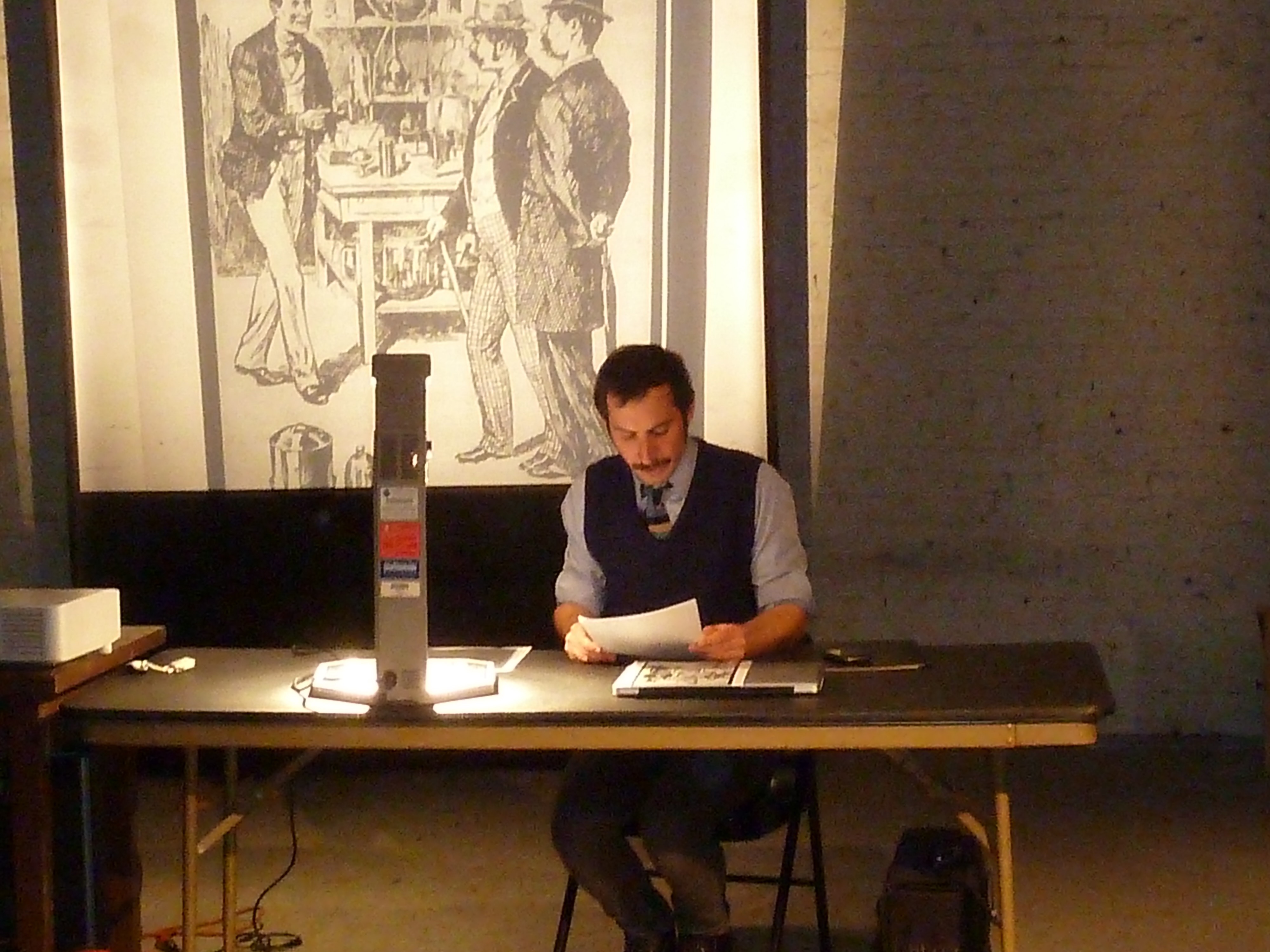 What We Don't Talk About 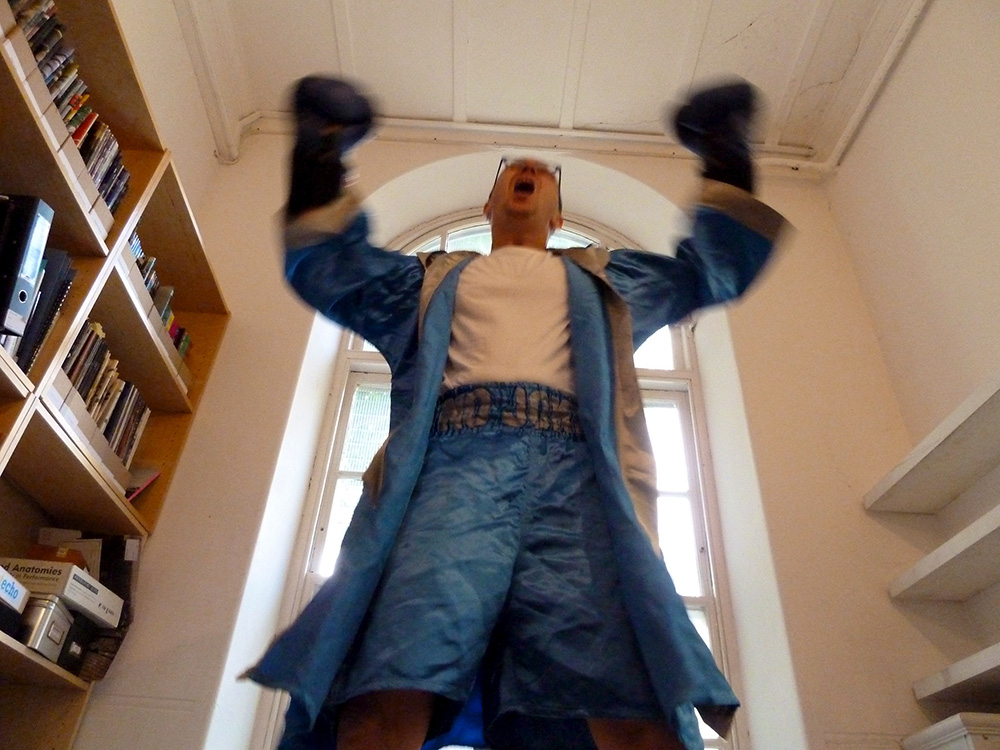 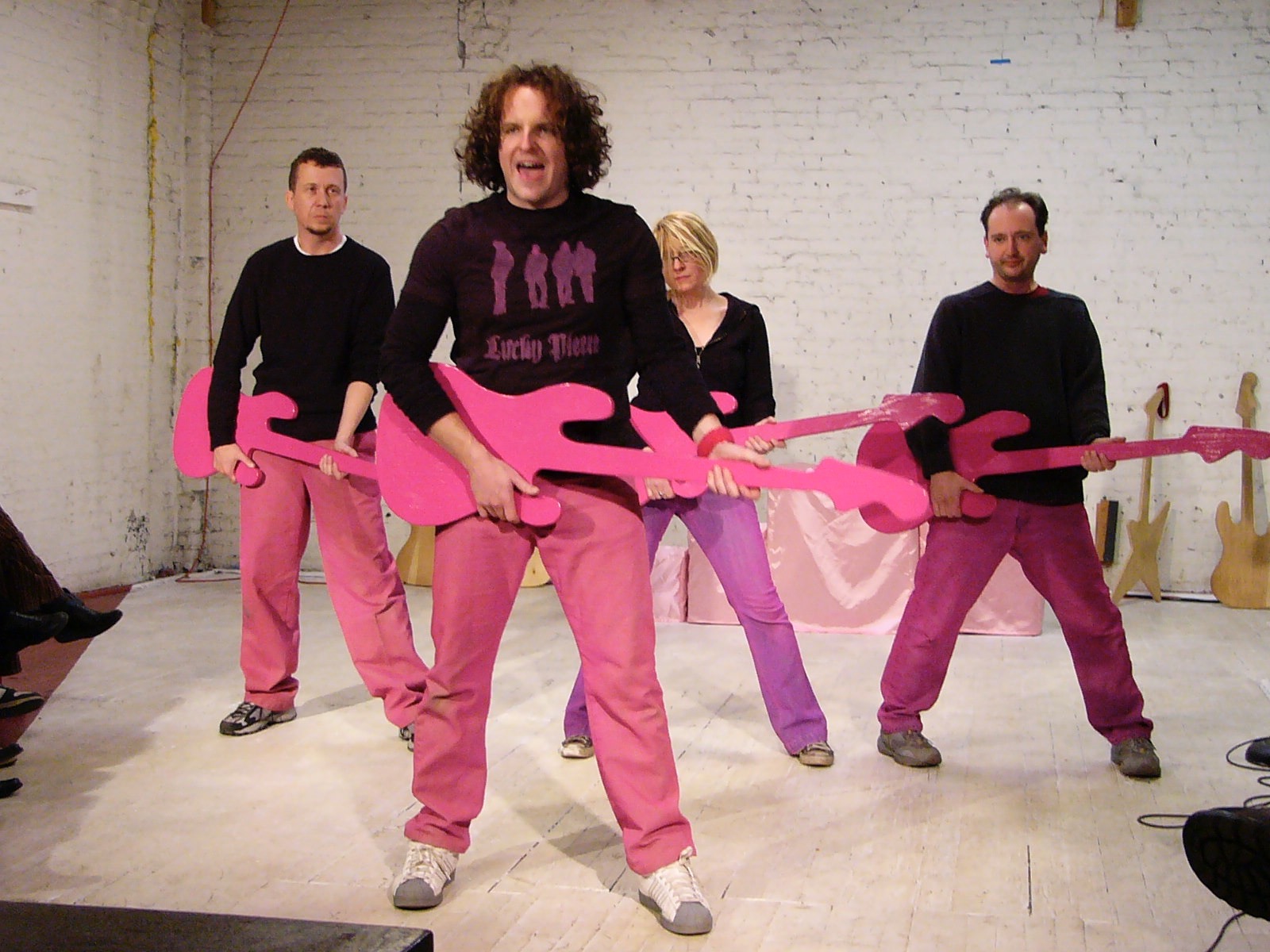 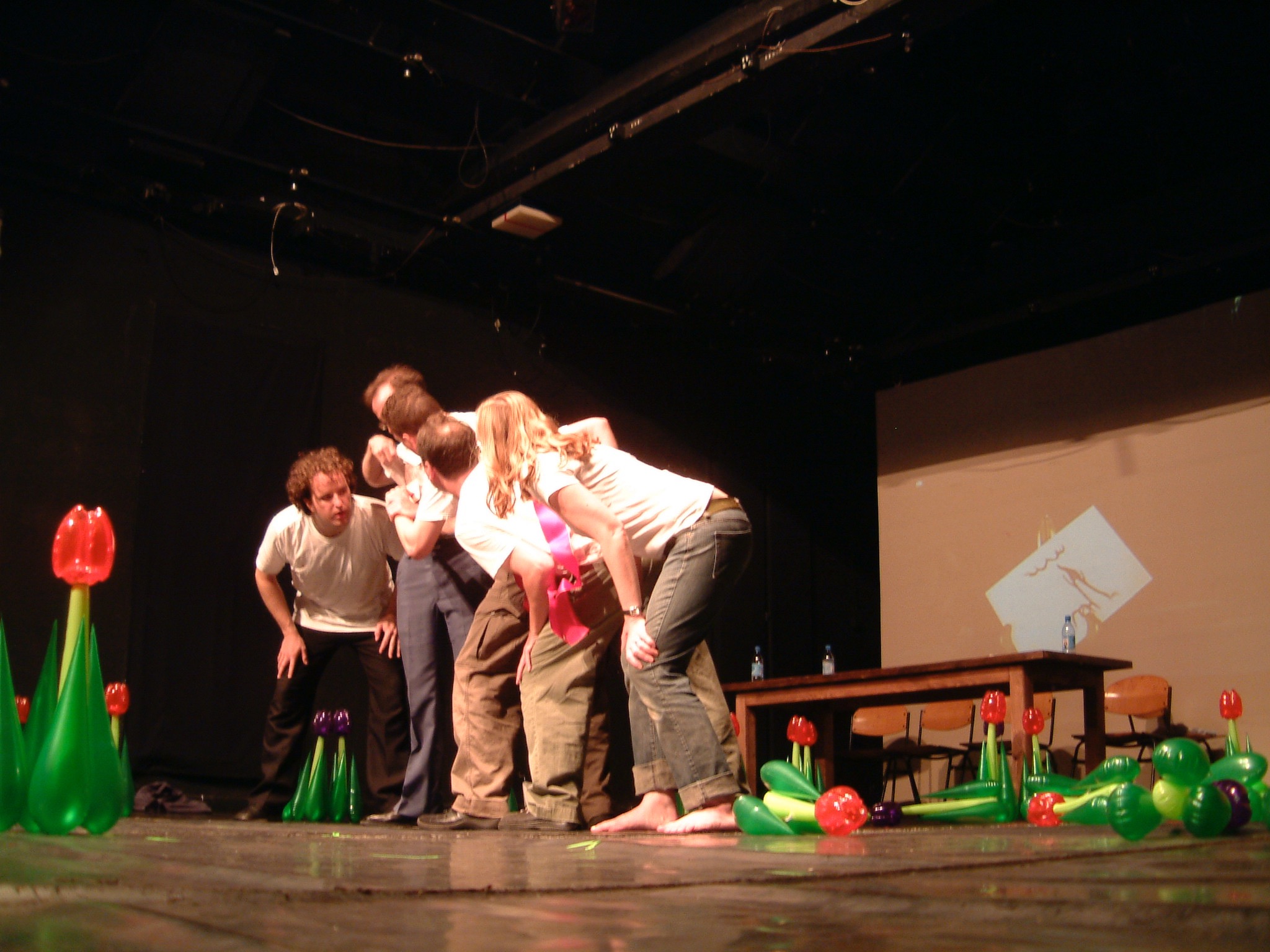 How To Manage Fear​ 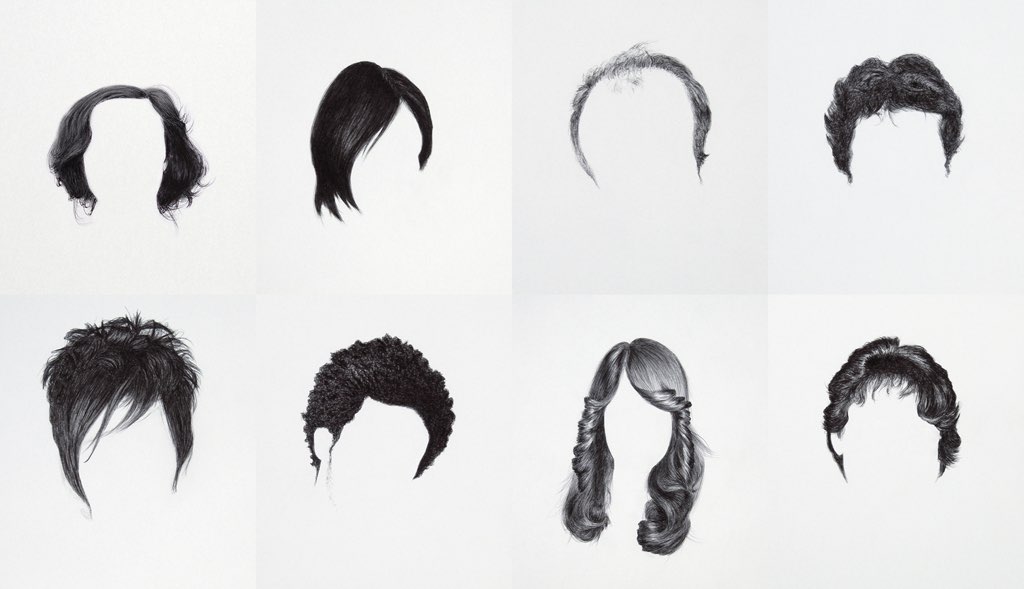 Playing in the Dark

In a gesture of reaching for creativity, community, and love, and away from destruction, isolation, and shame, Lucky Pierre presents Playing in the Dark, commemorating the life of late LP member (and fun-seeker) Bill Talsma, and opens a broader conversation with the community about memory and loss, humor and shame, healing and art.

Artists, musicians, and friends who have collaborated with or feel inspired by Bill are invited to contribute a creative response to the archive which will be included in a larger retrospective in the fall. Please contact us if you're interested in participating

Lucky Pierre is an internationally recognized Chicago based art-making group working in performance, writing, objects, events, education and activism. They have  created over 30 works, initiatives and events.  Their community-based piece and 150-hour video “Final Meals” has been filmed and shown around the world - most recently at Contemporary Art Museum Houston  - as well as venues in Berlin, Portland, Frankfurt, New York, Graz, Austin, Detroit, Boston, and St. Louis.  “How to Manage Fear,” a live performance, was featured at the Eurokaz International Theater Festival in Zagreb, and the Belluard Bollwerk Festival in Fribourg, Switzerland.  The 12-hour live and streaming event “I Hate America! (I Love America),” premiered simultaneously in London and Chicago and featured over 50 international collaborators and performers.  In 2012 the group launched LPFU (Lucky Pierre Free University) as a venue for research-based group learning and creation.

members past and present:

Lucky Pierre has been creating collaborative and participant driven events since 1995. Our work includes performances, exhibitions, publications, learning communities and performances.  Through these forms, we explore issues and ideas (political, aesthetic, social) in ways that accommodate a wide range of experience, styles and approaches. We strive to highlight the generosity of collaborators and audiences working together to create content, meaning and final form – all with the goal of encouraging conversation and creating community.

The title “Future. Perfect” points toward a promised technological utopia, as well the language tense that binds the past and future together in the present. The diverse initiatives of "Future. Perfect" propose a vision of hope to creatively navigate the range of obstacles as we grapple with big-data control and surveillance capitalism.

LPFU Home School was 23 weeks of on-line presentations, workshops, performances, discussions and unclassifiable events featuring scholars, activists, educators, artists and performers, doing what they do and sharing what they know.  Thanks to all who attended and to the amazing presenters who shared so much with us.  We learned stuff!

Lucky Pierre Free University was established in 2012 as free school focused on community-based group learning.  All classes, seminars and events are open to all.

The Lucky (a cryptocurrency)

Considering alternatives to current systems of exchange and valuation, Lucky Pierre has created a cryptocurrency: THE LUCKY. We may have breached cryptocurrency code and infused it with some speculative speculative algorithms. Is it a real currency?  Like every currency THE LUCKY is an act of faith.

The currency symbol for THE LUCKY—, a circular rainbow, or "glory,"— represents both a prosaic weather phenomenon and a queer portal to something else, something better, which might be found through community, thought, care, and performance itself.  We invite all interested to help research and redefine value, investment, growth as THE LUCKY morphs into new unexpected forms.

Finding ourselves embedded in a world where nearly everything trends toward data ds the harvesting of data and algorithmic control, we decided it was time to write our own algorithms. Using the definition of algorithm as "set of instructions to accomplish a task", we set out to construct speculative algorithms: these became the foundation for all of  "Future. Perfect."

Ins this performance/, cryptocurrency launch/dance party, Matthew, Michael, and Ian recount the origin story of THE LUCKY.  The cryptocurrency is invented by three forest creatures (who are probably just the fellows) following the refusal ofafter they’re refused a start-up loan at their local multinational bank. As a counter to prevailing systems of credit, our three protagonists fork blockchain code and infuse it with a sequence of hundreds of speculative, fantastical algorithms, thereby creating THE LUCKY.  Along the way, our heroes encounter Susan Sontag, Byung-Chul Han, Dolly Parton, a doomsday podcast, and a fog machine and are taken on a guided tour of a perfect Costco in a parallel universe. And, possibly making their own perfect future, they contemplate marriage.

In the Future, Something Will Have Happened

KAREN CHRISTOPHER - (Are you in the Universe) or is the Universe in you? Looking at the Small Things -  (expect disappointment)

BARRY COLE - Beyond the Webinar: What Else Can We Do With Zoom?

DAVID KODESKI - And Crackers Will Have Blond Hair, All In Boise, Idaho

MEREDITH NEUMAN  - Widows and Orphans; or Loss and Longing in the Archive

JEANNE LAMBIN  - The Museum of the Ordinary Extraordinary

AMANDA LOCH - I'm Not Ready Yet 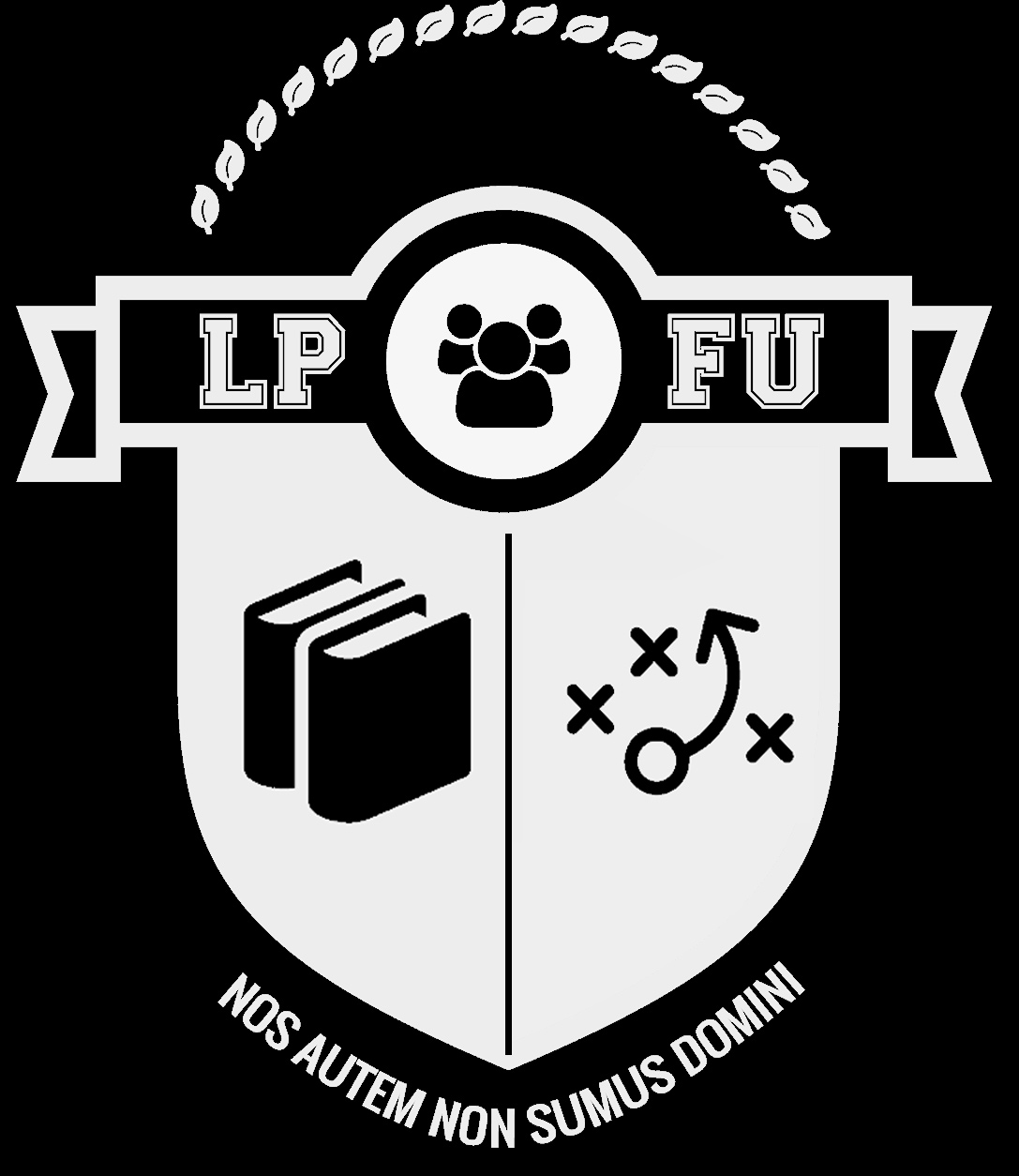